"Heaven" Is Quite the Fall From Grace

Title:  Heaven
Author:  Alexandra Adornetto
Format:  Print ARC
Length:  417 pages
Publisher:  Feiwel & Friends
Rating:  2 stars
Only sixteen when she started the series, Ally Adornetto knows how teen hearts beat, and this long-awaited conclusion is certain to be her most popular book yet.

Bethany, an angel sent to Earth, and her mortal boyfriend, Xavier, have been to Hell and back. But now their love will be put to its highest test yet, as they defy Heavenly law and marry. They don’t tell Beth’s archangel siblings, Gabriel and Ivy, but the angels know soon enough, and punishment comes in a terrifying form: the Sevens, who are rogue angels bent on keeping Beth and Xavier apart, destroying Gabriel and Ivy, and darkening angelic power in the heavens.

The only way Bethany and can elude the Sevens is to hide in the open, and blend in with other mortals their own age. Gabriel and Ivy set them up at college, where they can’t reveal their relationship, and where there is still danger around each corner. Will Bethany be called back to Heaven – forever – and face leaving the love of her life?
-Goodreads

My Thoughts
This again is going to be one of those reviews that I can only do in first person.  My feelings on this book are as such that blanket generalizations about what may or may not appeal to my readers are not going to make it this time.

I must also preface this review by saying that I have read the ENTIRE Halo series.

HALO
Left me wanting something to happen.  The whole book was spent with Gabriel and Ivy obsessing over the fact that Bethany's relationship with Xavier was wrong, and telling her that there were "going to be consequences, young lady".
Problem?
There were NO consequences!
There I was...all psyched about seeing Bethany get the all mighty smack down...and NOTHING!

HADES
Though there was a lot more action in this read, with the kidnapping and Jake in Hell and all.  This book still left a lot to be desired.  Jake just kind of fell flat in the badass department once Bethany was in HIS domain.  Then it got all..."My father won't let me".  What?????
Then there was the thing with Ivy and the Ouija board!

Hint:  She's an ANGEL!  She should not need a Ouija board to communicate with another ANGEL.

Then there was the entire "I'm in Hell, now let me waste time pining for my HUMAN boyfriend and spying on him through the River of Forgetfulness!"
What?
Then there was the AHA MOMENT when Bethany's Angelic light kicked in and. (cue heavenly music) she defeats the bad guys!
Yada...yada...I could go on, but I won't!

HEAVEN
This book was not much better than the ones that proceeded it, but at least I can say that it was very funny.  That's both funny strange and funny HA HA.
Here we go...
So Bethany and Xavier come up with the brilliant idea that they should get married.
Hello????
She's an ANGEL and he's a HUMAN and according to several sources this union of souls DOES NOT WORK OUT WELL!
Soooo...
The powers that be are not happy with BETHANY again, and since GOD is BUSY, the SEVENS are
dispatched to kill her.
(Yes, the book actually said that GOD was too busy to deal with this.)

So Bethany and her crew come up with the brilliant ideas that:
1.  Gabriel should lie to his superiors to try and protect Bethany.
2.  Bethany and Xavier should "hide in plain sight at Ole Miss.
3.  Bethany and Xavier who ARE MARRIED should lie to everyone and say that they are SISTER and BROTHER.
4.  Whats with all the lying and sneaking?  Angels...Hello?
It goes on in  this vein for several hundred pages with some SEX, more LIES and some preachy bits thrown in for good measure before Bethany is FINALLY called to the carpet.

This series could have been so much better than it was if the ANGELS were allowed to be ANGELS and were not reduced to HUMANS with WINGS.
You expect humans to make stupid mistakes, angels who have not given up their direct link to the divine, not so much.
The author gets so caught up in the romanticism of Bethany and Xavier, that she forgets that she has other characters that have to make sense to make the story work.
If as an author you are going to choose to fictionalize biblical aspects, it is very important that your i's are dotted and t's crossed.
There were a lot of crossed mythologies and actions and reactions that didn't make sense in this series.
There was an inordinate amount of preachyness in a book that is clearly written for secular audiences.
My Rating: 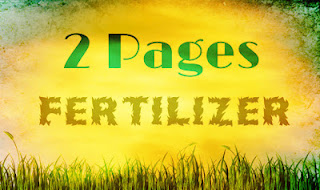