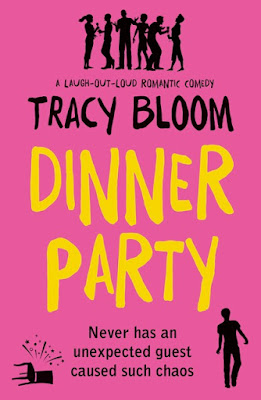 Never has an unexpected guest caused such chaos!
Three couples take it in turns to host a monthly dinner party.
Beth, Sarah and Marie have been friends forever. Now they are grown up, with busy lives, busy husbands, busy kids… but they still find time to meet up over dinner once a month. A cozy, comfortable gathering of happy couples – or so they thought.
Until one night, someone brings along a last-minute guest whose wife has just left him.
Simon is standing on the doorstep in floods of tears. While the women do their best to console him, their husbands feel the need to mark their territory.
And as Simon becomes more involved with the group, his presence changes everything these three couples thought they knew about each other, leading to a final dinner party that no-one will ever forget.
From Amazon chart bestseller Tracy Bloom, Dinner Party is a funny and moving read that will make you see your marriage and friendships in a whole new light… and make you think twice about inviting your best mates round for dinner. Perfect for fans of Marian Keyes, Nick Spalding and Gill Sims.


Enjoy this EXCERPT
from
Dinner Party

After she’d changed for dinner, Beth glanced in to the full-length mirror and the awful memory came flooding back to her as it always did. During her nursing training in her early twenties she’d attended a course where everyone was asked to think of a positive word to describe each other. A male colleague wrote CUDDLY in thick green marker pen on her piece of flipchart paper. Beth had laughed and smiled as he jovially put his arm around her but, really, she was devastated. There it was, confirmed in vibrant green ink, what she already knew. She wasn’t fat, by any means, but she certainly had curves. She knew she wasn’t ugly, but she was also very clear that she was no sex goddess. Her role in life was not to attract men. Her role was to comfort, console and support, not entice, allure or dazzle. She’d never in her life turned a man down. Never needed to. Never had cause to use the words, ‘That’s very nice that you fancy me, but I’m sorry I just don’t fancy you.’ She watched people do it on dating shows. Reject someone with such boldness and confidence as though they did it every day. As though it came naturally that they thought they were better than them. She’d liked to have done it, just once maybe. Just to feel what it was like. She felt bad for all the beautiful women who got unwanted attention, she really did, and obviously she would never want a man to force himself on her but… but… she’d liked to have at least been able to say no, just the once.

The best way to describe Tracy Bloom's Dinner Party would be thus.
Take a group of kids who have grown up together.
Let's say...
As neighbors.
They have played together, fought, made up, their parents know each child's food allergies.
There may have even been a few sleep overs thrown in for good measure.
But then, one day a new kid moves in.
Which is an upset to the proverbial apple cart in and of itself.
But...
Adding insult to injury in this case?
The fact that this new addition comes with every new and shiny toy that everyone in our previously content group ever thought they wanted.
Got the picture?
Good.
Now grow the kids up a bit, pair them off, and add in seeds of self doubt, marital discontent, and general passive aggressive self loathing.
Add in the shiny new mystery guest.

And there you have it.
The Dinner Party of our discontent.  With much mucking about in each other's lives, and an assortment of dips.

This story gives readers a very close-up and personal view of how unexpressed individual failings, desires, perceptions, and general boredom with routine can lead  to a sudden, and sometimes irreparable rending of the group as a whole.  If and when said hidden "room elephants" are ever given the means, opportunity, and time, that it would take for them  escape their not so comfortable prisons.  And make for the shops of Main Street as fast as their little destructive legs can carry them.

Though this book is quite funny.  One would deem said "funny" as more of a "Hmmmm" than a "Haha".
It is the further opinion of this reviewer that this book would be much better served if it was marketed as Woman's Fiction; rather than Romantic Comedy.
Given the fact that the reader is most often feeling anything but jovial when reading it. 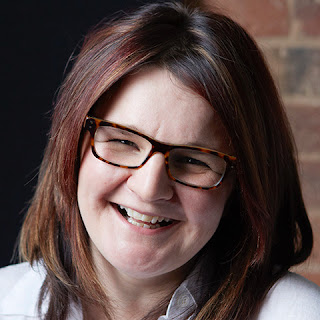 Tracy started writing when her cruel, heartless husband ripped her away from her dream job shopping for rollercoasters for the UK's leading theme parks, to live in America with a brand new baby and no mates. In a cunning plan to avoid domestic duties and people who didn't understand her Derbyshire accent, she wrote her romantic comedy, NO-ONE EVER HAS SEX ON A TUESDAY. This debut novel went on to be successfully published internationally and became a #1 Best Seller.
You can follow Tracy on Twitter at @TracyBBloom, like her Facebook page on www.facebook.com/tracybloomwrites or get in touch via her website at www.tracybloom.com 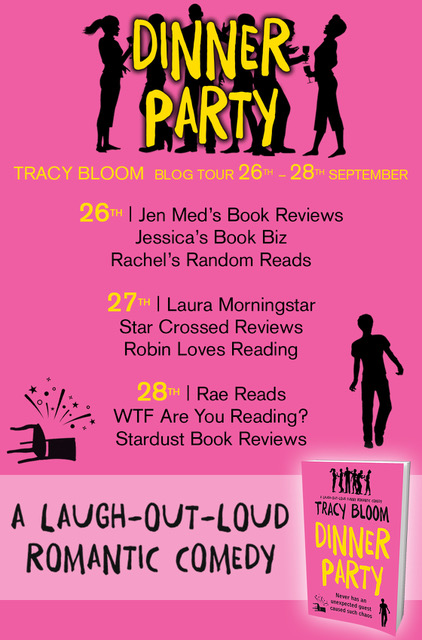