Find A Drama Lover's Dream In "The Perfect Mistress" 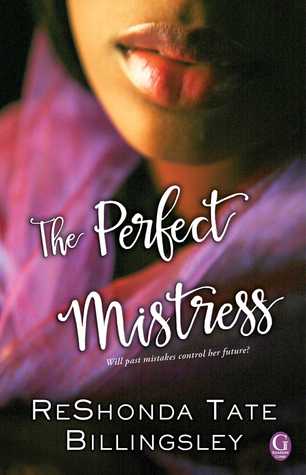 The daughter of an adulterous father deals with the long-rippling effects of his actions in her own love life in this emotionally powerful novel by award-winning and national bestselling author ReShonda Tate Billingsley.

Lauren Robinson knows exactly what it takes to be the perfect mistress. She had a front-row seat when she tagged along with her father on all of his extramarital trysts. She loved “keeping Daddy’s special secrets,” but many family members, especially her mother, consider her an accomplice in helping break up their family.

Years later, Lauren’s mother, Joyce, whose health is failing, cannot let go of the bitterness caused by her husband’s philandering. She continues to blame Lauren, as does Lauren’s brother. Joyce can’t see past her anger and betrayal and has withheld her maternal affection from Lauren for most of her life. This emotional distance and Lauren’s early dating experiences lead her to date married men…

That is until Dr. Matthew King enters the scene. Now poised to become a college president, Matthew is a former beau that left Lauren brokenhearted. He tries to show Lauren that he’s a changed man since their college days. The two truly connect and their relationship quickly escalates.When Matthew proposes marriage, Lauren happily accepts, but as their very public engagement makes the news, someone is intent on sabotaging their relationship. Someone who watched her own marriage destroyed by Lauren, and won’t be happy until she gives Lauren a taste of her own medicine. Can Lauren stop the cycle of destruction in time to salvage the only love she’s ever known?  -Goodreads

My Thoughts
The Perfect Mistress is, in a word...perfect.
A perfect storm.
Told in an expressive and highly fluid style which works brilliantly at showcasing both the authoress's unmatched flair for drama and compulsively readable, if not always likable characters.  This book is one that will both repell readers with its honest portrayal of infidelity, while attracting them with its exquisite scene setting, character interaction, and plot execution.

For her part. It seems that the only real crime that leading lady, Lauren Robinson has ever committed  is that of having parents who choose, with disastrous results, to make their daughter a scapegoat for their failings.

Lauren has no idea that a simple game of peekaboo at age seven, will land her in the middle of one of her father's seemingly never ending clandestine trysts.  Starting her on a path of 'lying for Daddy'.  Which leaves her racked with guilt, unable to trust, and works to drive a wedge so great between Lauren and her mother, that she is left essentially parentless for the majority of the read.

As with most cases of a cheating spouse.  All of the supposed secrecy on the part of Lauren's father is truly for naught.  Lauren's mother may be a fully entrenched ostrich of a woman.  But unaware, she is not.

Presiding as 'La Grande Dame' over the affluence and propriety that her husband's flourishing law career provides.  While begrudgingly doing her best 'Stand By Your Man' a la Tammy Wynette impression, definitely makes for tough times in the life of Joyce Robinson.  Which is why the ease with which she lays both her and her husband's guilt for all that happens, and the tragedy that results, at the feet of her child is utterly appalling.

Is it any wonder that Lauren's father's behaviors follow her into adulthood.  Right along with her mother's distain and blame.  Surprisingly enough, there is one person who seems to make it through life at the Robinson's virtually unscathed and blameless.  Lauren's older brother, Julian.  Who manages to manages to accomplish the impossible through a concerted effort of invisibility and leaving home as quickly as possible.

Leaving Lauren, in all of her extramarital glory, holding yet another bag.  This one being her now dying, elderly mother.
This is about the time when the cursing starts on the part of readers.  There have been no lessons learned on either side, and the plot starts to suffer from a rather irritating case of 'Groundhog Day' syndrome.  (As in the movie where everything repeats.) With the exception of a rather bittersweet happily... for Lauren.

This book is that winning combination of truth and fiction that keeps readers coming back.  Those tales that shed light on those hidden facets of human existence. That serve to build us, destroy us, shape, and deconstruct us. Making us both who we are, and for better or worse, who we will become. 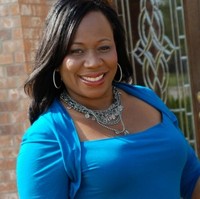 ReShonda Tate Billingsley is a general assignment reporter for KRIV-TV, the Fox affiliate in Houston, Texas. She is the author of the nonfiction book Help! I've Turned Into My Mother! and three previous adult novels: My Brother's Keeper, for which she received the prestigious Gold Pen Award for Best New Author from the Black Writer's Alliance and the Nova Lee Nation Award from the Greater Dallas Writing Association; the national bestseller Let the Church Say Amen, chosen for Library Journal's Best of 2004 list for Christian fiction; and I Know I've Been Changed, a Main Selection of the Black Expressions Book Club.
Her previous Christian teen novels are Nothing But Drama and Blessings in Disguise, both available from Pocket Books.
She is also a contributor to the story anthology Have a Little Faith.

Email ThisBlogThis!Share to TwitterShare to FacebookShare to Pinterest
Labels: Adult Contemporary Review, B