Is "Risking It All" Really Worth The Risk? 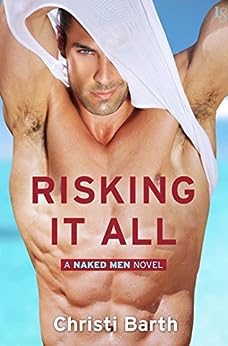 
Who doesn’t love Naked Men? In Christi Barth’s irresistible series, a group of close-knit friends talk out their problems with naked honesty on a popular blog. Bonded by a high-school tragedy, they’re moving on from the past—and fighting for the future with strong and sassy women.

Griffin Montgomery helps people. As a teenager, he kept his best friends alive after their soccer team’s bus crashed in the Alps. Now, as a Coast Guard search and rescue pilot, he saves lives with reckless abandon—until he goes too far and earns a lengthy suspension. Working on the Naked Men projects keeps his mind busy, but Griff’s itching to get back in the action. That’s when he finds his latest rescue mission: a pretty wallflower who’s stuck in her comfort zone.

Chloe Widmore doesn’t take risks. As a professional letter writer, she gets enough excitement out of expressing other people’s emotions. So when the hottest man she’s ever seen invades her coffee shop, Chloe surprises herself with how much she wants to be with him. Routines make her feel safe. Griff makes her deliciously unsafe, in so many ways. But falling for him is one risk she might just have to take . . . whether she’s ready or not.  -Goodreads


My Thoughts
Griffin Montgomery is a character.
Bright, witty, funny, and the consummate "man's man".  It's no wonder that it is so easy to fall for him. Not only is he handsome and outgoing, but he saves lives for a living as a rescue pilot for the Coast Guard.  Oh, and he's just a litt-le bit rich too.

Placing our Superman even higher on the " why we should like him list." His back story. Once we find out about how he kept his best friends alive after their bus crashed in the Swiss Alps.  Oh...that's it!

But wait.  It seems that Superman has a few chinks in his steel armor.
One of which being his inability to avoid unnecessary risks.  Risks that could have gotten both him and his crew killed.  Risks that, though they did save lives, also got him grounded until further notice.
Which is how and when we get to the part of the story where Griffin meets Chloe and well...things get just a little weird 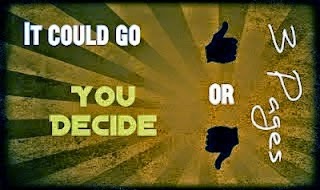 Chloe is a girl who likes routine and order and prefers a speed to life that would make your average turtle look like Speed Racer. She of course, is the complete opposite of Griffin, and predictably enough; just the chickadee whose feathers he'd like to ruffle.

The romance is very sweet and all is well in Inta-love Land until...
Chloe tells Griffin the sweetest secret ever and...
He becomes a total ass.
This is the point where all reading stops and reading devices start flying across the room at great velocity.
While it is true that into every romance a little conflict must fall.  It is also true that this particular conflict, and the way that our leading man initially responds to it, demotes both him and the book from a darling to a dud in very short order.

All is not lost however. "Come to Jesus moments" are soon had by all.  Griffin proceeds to remove foot from mouth, and the book ends with all of the stuff that happy endings are made of.
And one very confused reviewer.

Reviewer's Notes
Risking It All is the first title in a companion series.  As such, it may be read in any order.
This review is based on an advanced reader's copy of the above referenced work received from Loveswept for that sole purpose.

Christi Barth earned a Masters degree in vocal performance and embarked upon a career on the stage.
A love of romance then drew her to wedding planning. Ultimately she succumbed to her lifelong love of books and now writes contemporary romance.
Christi lives in Maryland with her husband.